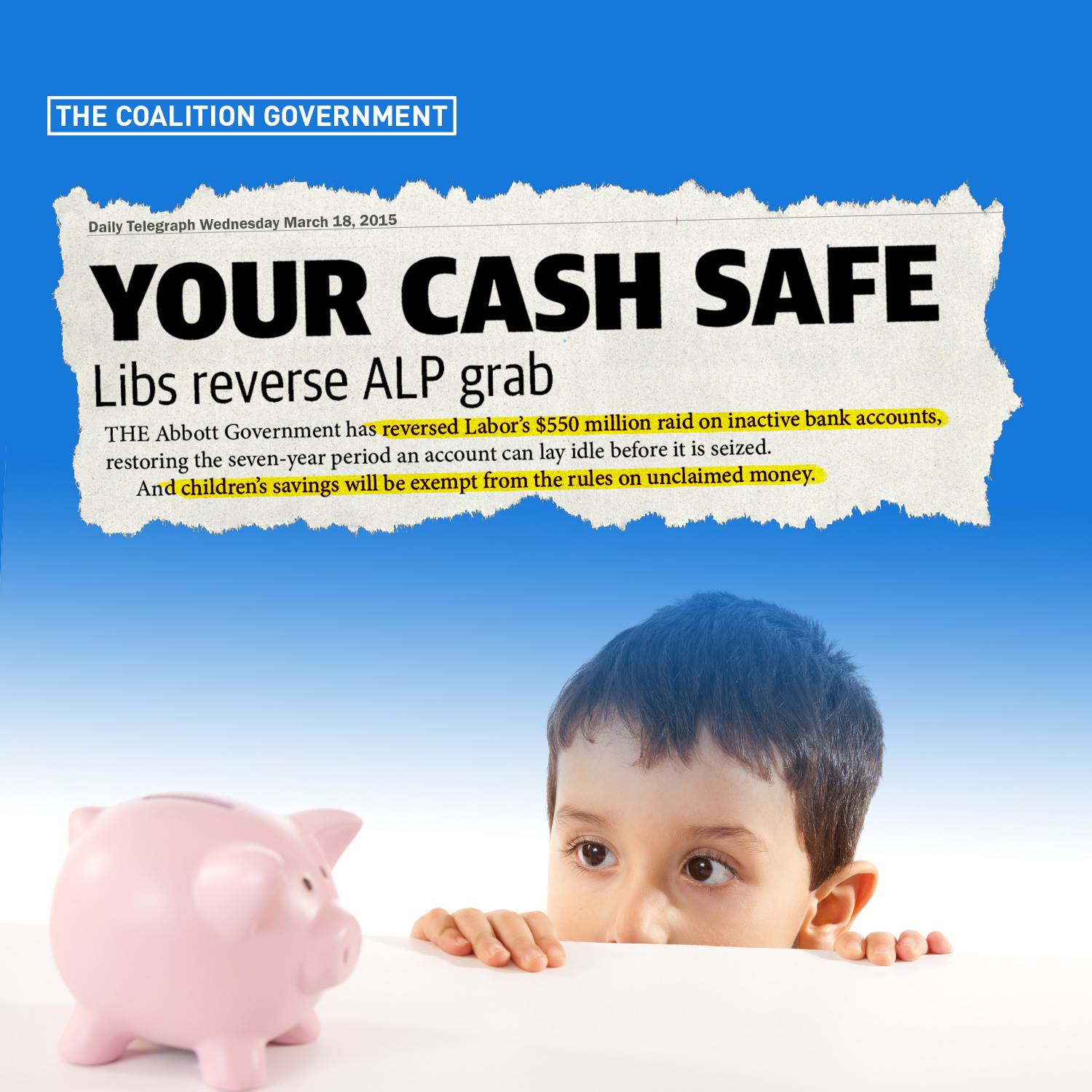 The Coalition Government is delivering on its commitment to protect the savings of Australians through improvements to the way that unclaimed money in savings accounts and life insurance policies is managed.

Federal Member for Deakin, Michael Sukkar, said the Coalition Government is restoring the time bank accounts and life insurance policies can be inactive before they are transferred to the government from three years to seven years. This reverses the change made by the previous Labor Government in 2012.

‘This change when Bill Shorten was the Minister for Financial Services saw hundreds of millions of dollars in thousands of accounts transferred to the Government,’ Michael said.

‘Mr Shorten’s overnight cash grab caused distress and confusion for account owners, and in some cases real financial hardship when people found they could not access their accounts due to the sudden change in policy.’

The Government is also making changes to protect the privacy of individuals that do have genuinely inactive accounts that are transferred to ASIC to address concerns around identity theft and to stop unscrupulous people from preying on vulnerable Australians.

There is currently around $700 million in lost bank accounts and life insurance policies. Australians can access information about unclaimed accounts, free of charge, through the ASIC MoneySmart website at www.moneysmart.gov.au

Michael said the changes to unclaimed money arrangements will provide greater certainty and fairness, as well as cut red tape, saving business and individuals $36 million per year in compliance costs.

The changes will apply to the next unclaimed money deeming date of 31 December 2015.