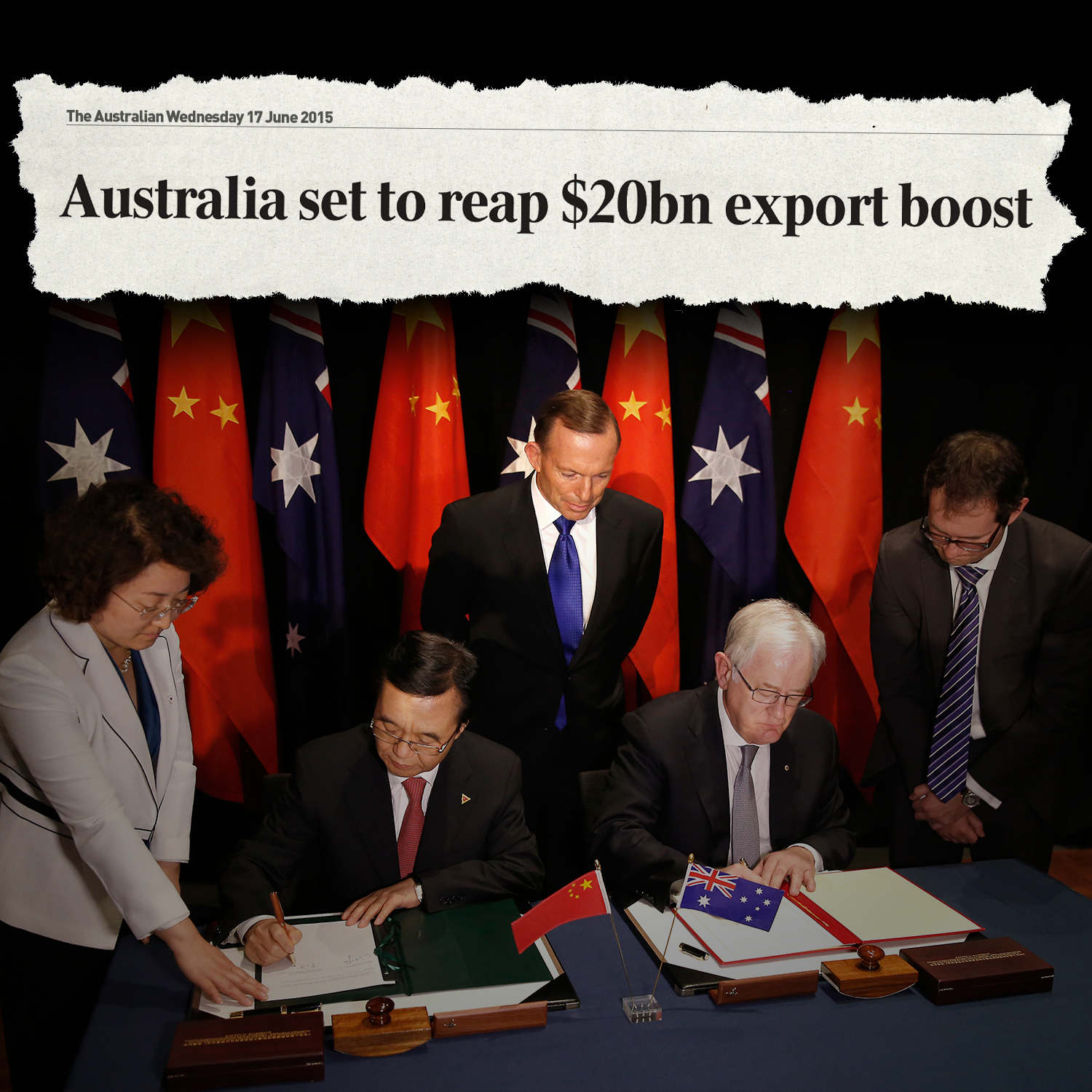 “Our FTAs with Korea and Japan are only months old and we are already seeing increased exports compared to a year ago in a range of commodities including beef, lamb, horticulture and wine,” Michael said.

“Similarly, the agreement with China is also expected to provide a catalyst for future growth across a variety of areas including goods, services and investment when it enters into force.”

“Under ChAFTA, 95 per cent of Australian goods exports will be tariff free when fully implemented.  This includes the abolition of tariffs on our clean, green, premium agricultural products, as well as on a range of Australian manufactured goods such as pharmaceutical products, car engines, plastic products and processed food,” Michael said.

Michael said ChAFTA will remove tariffs on almost all Australian resources and energy products and will also open up more opportunities for Australian services.

“ChAFTA not only improves our competitive position in a rapidly growing market; it also promotes increased two-way investment and reduces import costs including the removal of the five per cent tariff on Chinese manufacturing exports, electronics and white goods.

“Together with the Japanese and Korean agreements, ChAFTA will enhance our vital trade and investment relationships in the lucrative Asian region for decades to come,” Michael  said.

The ChAFTA signing paves the way for the agreement to enter-into-force by the end of the year, after the completion of domestic legal and parliamentary processes in China and Australia.

The full ChAFTA text is available online at: dfat.gov.au/chafta, along with detailed fact sheets and handy reference guides.