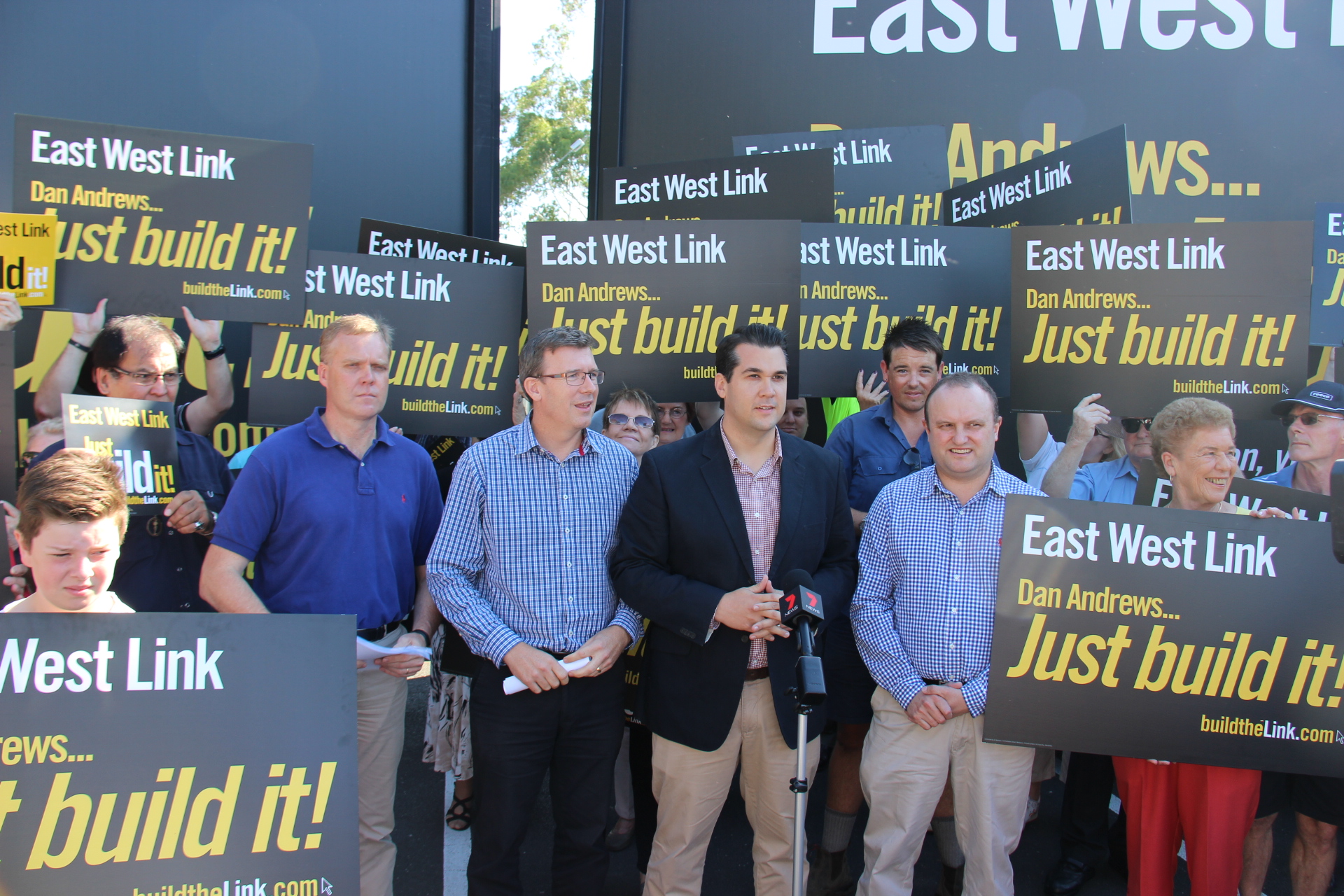 East West Link…Just Build It! That’s what residents of Melbourne’s eastern suburbs were saying at the launch of our campaign to build the East West Link.

Michael Sukkar, Federal Member for Deakin, today joined with his neighbouring federal colleagues – Alan Tudge, Tony Smith and Jason Wood – to launch the Dan Andrews, Build the Link campaign, which calls on Daniel Andrews and Labor to honour the contracts and build the East West Link.

On behalf of Deakin residents, Michael has been fighting for the East West Link for close to three years and has heard the pleas of local residents who are desperate for this vital road project to go ahead.

This is a last chance for common sense to prevail and for Labor to do the right thing, while the State’s negotiations with the consortium are ongoing.

The Australian Government’s $3 billion for construction is still on the table.

The State Labor Government needs to invest its money into building this road, not into compensation that could potentially reach more than $1 billion.

Speaking at the launch, Mr Sukkar said the Federal Coalition took this vital road project to the 2013 election and remained committed to it.

“We fought so hard for our communities here in the outer eastern suburbs to get such a huge federal contribution to this project before the last election,” he said.

“It would be a crying shame, it would be staggering, if over a billion dollars were to be spent by the Labor Party on compensation, not building the East West Link.

“Now is the time for us to send the message to Dan Andrews, Bill Shorten and Labor that Victorians want the East West Link built.”

This road is vital to people living in Deakin and all Victorians.