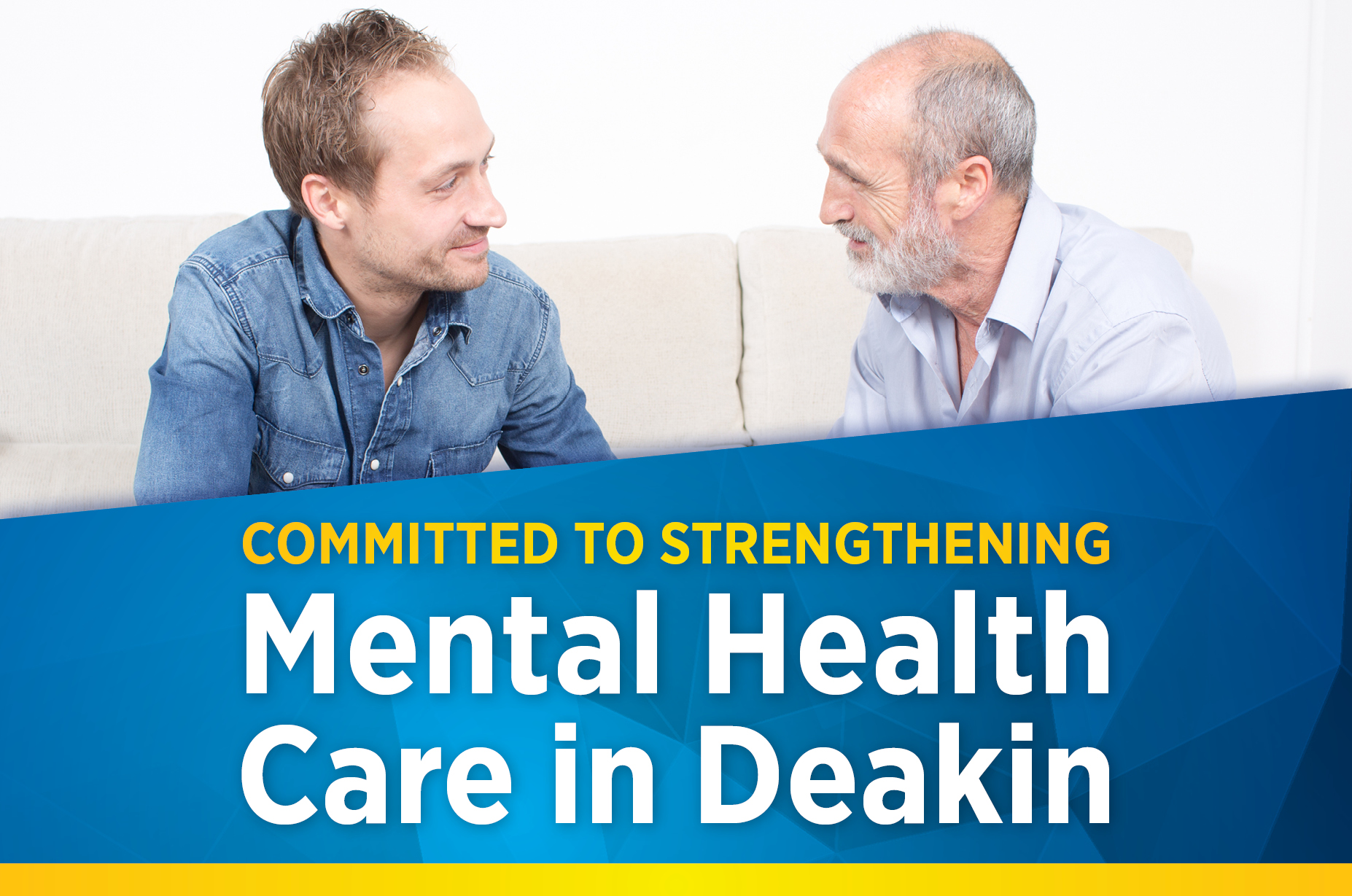 Michael Sukkar, Federal Member for Deakin, today welcomed a re-elected Turnbull Coalition commitment of $192 million to step up its national mental health reforms, with extra help for individuals and families across Deakin.

“The local trials, to commence in 2016-17, will establish regional service pathways, demonstrate models of stepped care (where the level of care is matched to severity of illness), and explore the use of digital technology to provide important support for individuals.

“This is in addition to a series of important steps, already undertaken in our first term, including the commissioning of regionally-delivered mental health services through the Eastern Melbourne Primary Health Network in partnership with the Victorian government and local service providers.”

In addition, our National Suicide Prevention Strategy will address the current fragmented approach and build on what is working well to develop effective strategies to prevent suicide and reduce suicidal behaviour.

The other key elements of today’s package are:

“The Coalition Government understands the significant impact of depression, anxiety and poor mental health on individuals and our productivity as a nation.

“These mental health reforms will result in better personalised support and care, greater opportunity and better lives for people in Deakin.

“We are a Government that has made mental health a first term priority and this extra funding demonstrates our commitment to ensure it remains front and centre going forward”, Michael said.