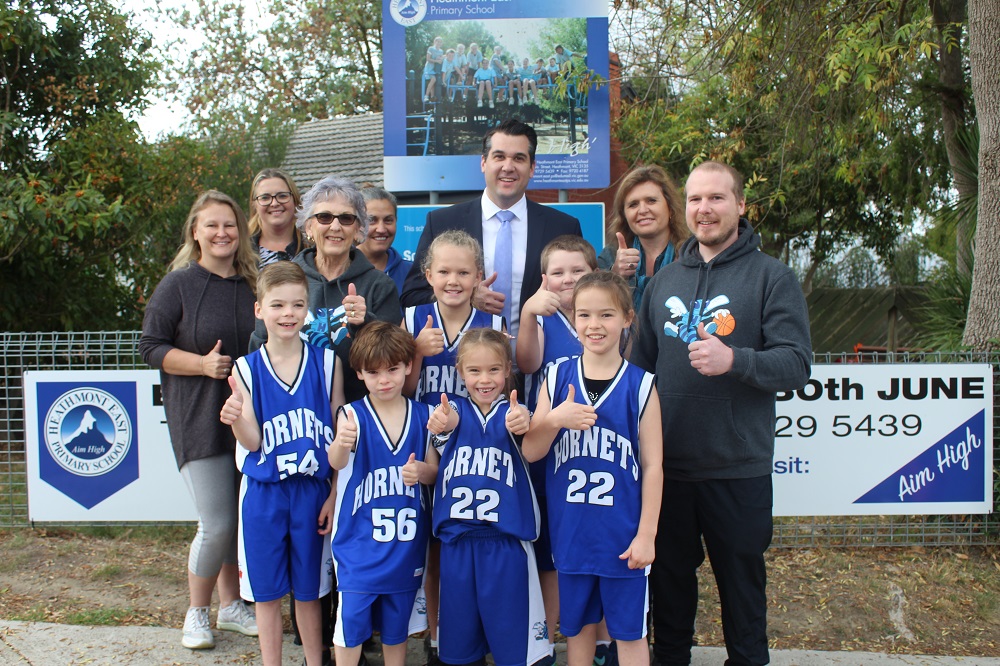 Federal Member for Deakin, Michael Sukkar, has announced today that a re-elected Coalition Government will provide $3 million of funding to build a new indoor basketball stadium on the grounds of Heathmont East Primary School.

Mr Sukkar said the funding would allow the Primary School to hold assemblies undercover for the first time as well as cater for the ever-growing number of players wanting to train and play with the Hornets, Mr Sukkar said.

“The indoor court will allow for extended hours of play and improve the comfort for all players.

“The redevelopment will also include stadium-style seating to create a new show court”.

The President of the Heathmont Hornets Basketball Club, Dean Babb, said the new stadium would benefit many people within the community and greatly improve the club.

“This will ensure the best facilities are provided to our basketballers”, said Mr Babb.

“We’re very grateful for the support Michael Sukkar MP has offered all the players at the club”.