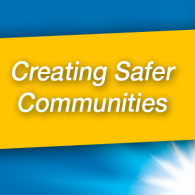 “If elected, a Coalition Government would provide $200,000 to install CCTV cameras in central Ringwood, including the notorious nightclub precinct, to help police to combat anti-social behaviour and crime.

Mr Sukkar said local residents and traders had repeatedly raised with him their concerns about anti-social behaviour and crime in the area.

“I have listened to these concerns and worked closely with Maroondah Council to secure funding for more CCTV cameras in the Ringwood Activities Area (RAA),” he said.

“The Shadow Minister for Justice, Michael Keenan, and I visited the Ringwood Police Station earlier this year to inspect the existing surveillance set-up and discuss their priorities for expanding the CCTV camera network.

“Ringwood is set to undergo a significant redevelopment, attracting thousands more people into the area to work and shop, and these additional resources will provide a boost to police who do an exceptional job of keeping our community safe.”

“Community safety is a priority for me and I will continue to fight for Deakin to get its fair share of funding for safety initiatives.”