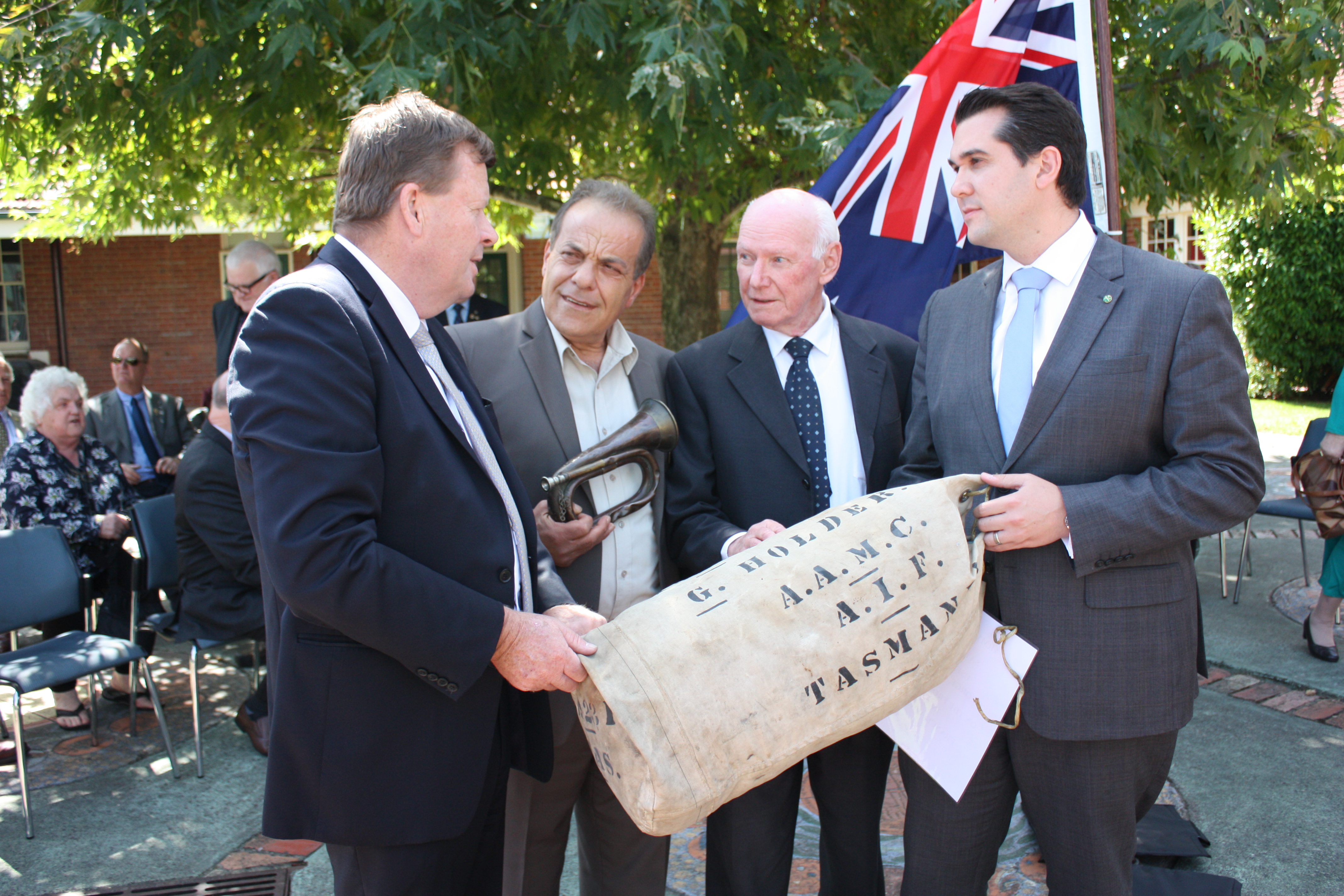 Minister for Veterans’ Affairs, Senator the Hon Michael Ronaldson, along with the Federal Member for Deakin, Michael Sukkar, today announced funding of $95,255 to support three projects honouring Australia’s servicemen and women in the Deakin electorate as part of the Anzac Centenary 2014–18.

Minister Ronaldson said the projects would provide the community with a great opportunity to commemorate the nation’s servicemen and women during the Centenary of Anzac period.

“The Centenary of Anzac is Australia’s most significant period of commemoration and I would encourage all residents in the Maroondah area to remember the service of our Anzacs and of the hundreds of thousands of defence personnel who have continued their legacy and traditions,” Minister Ronaldson said.

“As a nation we owe a great debt to the men and women who have served in wars, conflicts and peacekeeping operations at our country’s request.

“I am extremely proud to be here with Mr Sukkar today to announce these projects that will provide the local community with a great opportunity to honour our troops, particularly the 102,000 who have given their lives for our nation,” Minister Ronaldson said.

The three projects to receive funding are:
• $63,575 to Maroondah City Council to hold the ‘Building Bridges: the Anzac Legacy in Maroondah’ exhibition and develop an educational resource to commemorate the Anzac Legacy;
• $16,180 to the Rotary Club of Ringwood to hold a Maroondah Schools Anzac Commemorative Service and establish a Peace Garden in Ringwood; and
• $15,500 to Croydon Historical Society to publish a book titled ‘Lest We Forget – the Anzacs of Maroondah’.

“It is outstanding to see local community groups becoming involved with the Centenary so enthusiastically,” he said.

“It is clear that a lot of thought and work has been put into these important projects which will ensure that our community will have a number of options for commemorating 100 years of service.”

Mr Sukkar also thanked the members of his Centenary of Anzac Local Grants Committee, who encouraged community groups to apply for the funding and recommended the projects to the Minister for approval.

Two other projects within Maroondah have previously had funding confirmed through the Centenary of the Anzac Local Grants Program – Heathmont Uniting Church ($1200), which will hold an Anzac sing-along-concert on 22 April; and Eastern Regional Libraries ($1025), which is creating a website with the names and details of servicemen and women from eastern Melbourne.