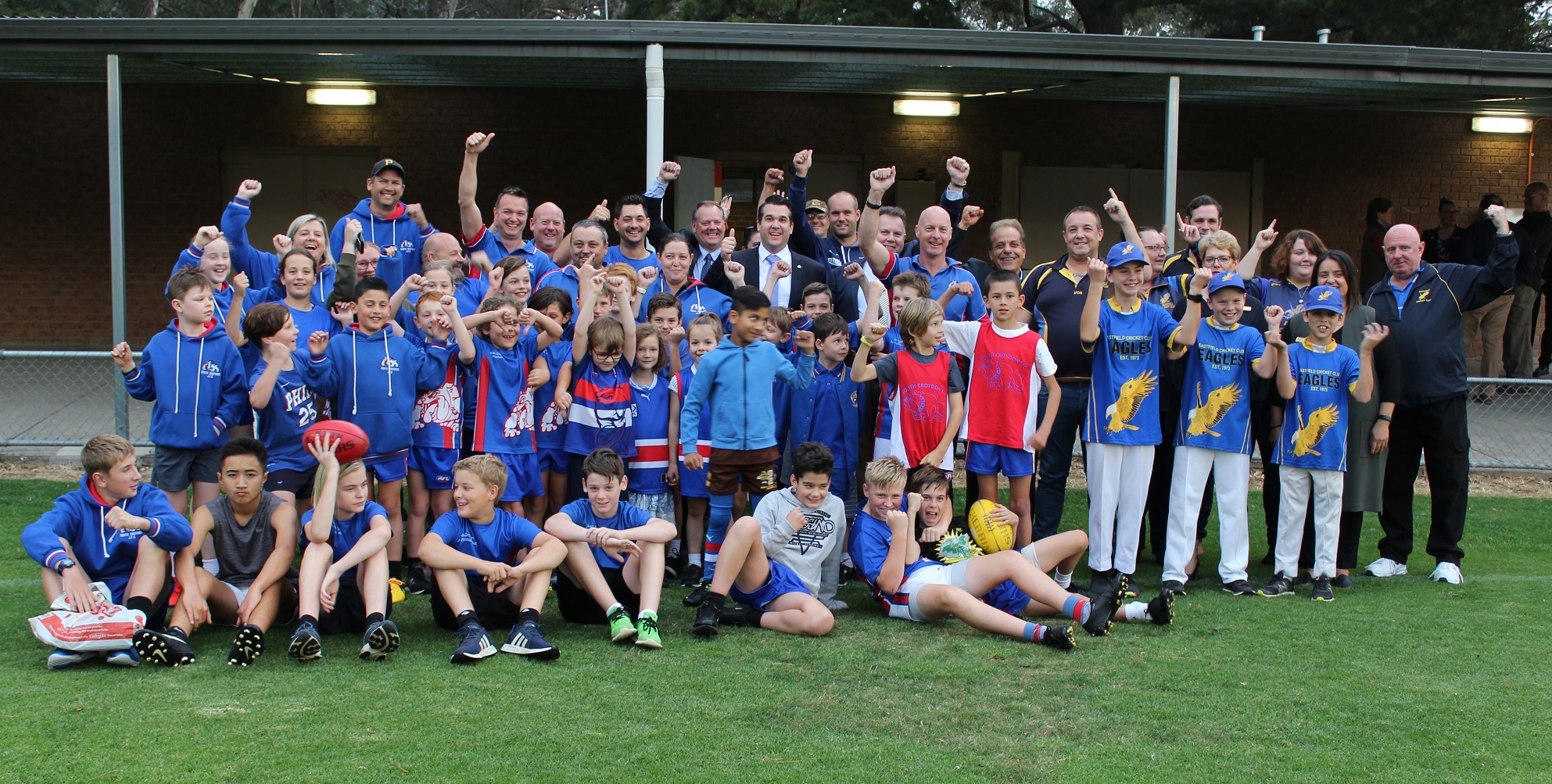 Federal Member for Deakin, Michael Sukkar, has announced today that a re-elected Coalition Government will provide $1 million towards the redevelopment of facilities and change rooms at Eastfield Park in Croydon South.

Mr Sukkar thanked the club members for their tireless advocacy for these much-needed facilities in support of the local sporting community.

“The new facilities will provide much-needed change rooms to accommodate the growing girls competition and will also include a space for members and guests to remain warm and dry during the winter season”, Mr Sukkar said.

The President of the Eastfield Cricket Club, Dallas Leeming, said the improvement to the facilities would benefit many people within the community and gives members of the club great hope and excitement for the future.

“This is a fantastic announcement from Michael Sukkar and we appreciate his ongoing support for the club”, Mr Leeming said.

The president of the South Croydon Junior Football Club, Steve Hiney, welcomed the funding and said that he is genuinely excited by the news.

“We are a strong, growing football club that was in desperate need of upgraded facilities, especially to accommodate our growing junior girl’s competition. We have a fantastic culture at this football club and now the kids are going to have the facilities to match.  Thanks again to Michael and the Maroondah council for their continued support of this fantastic club”, Mr Hiney said.