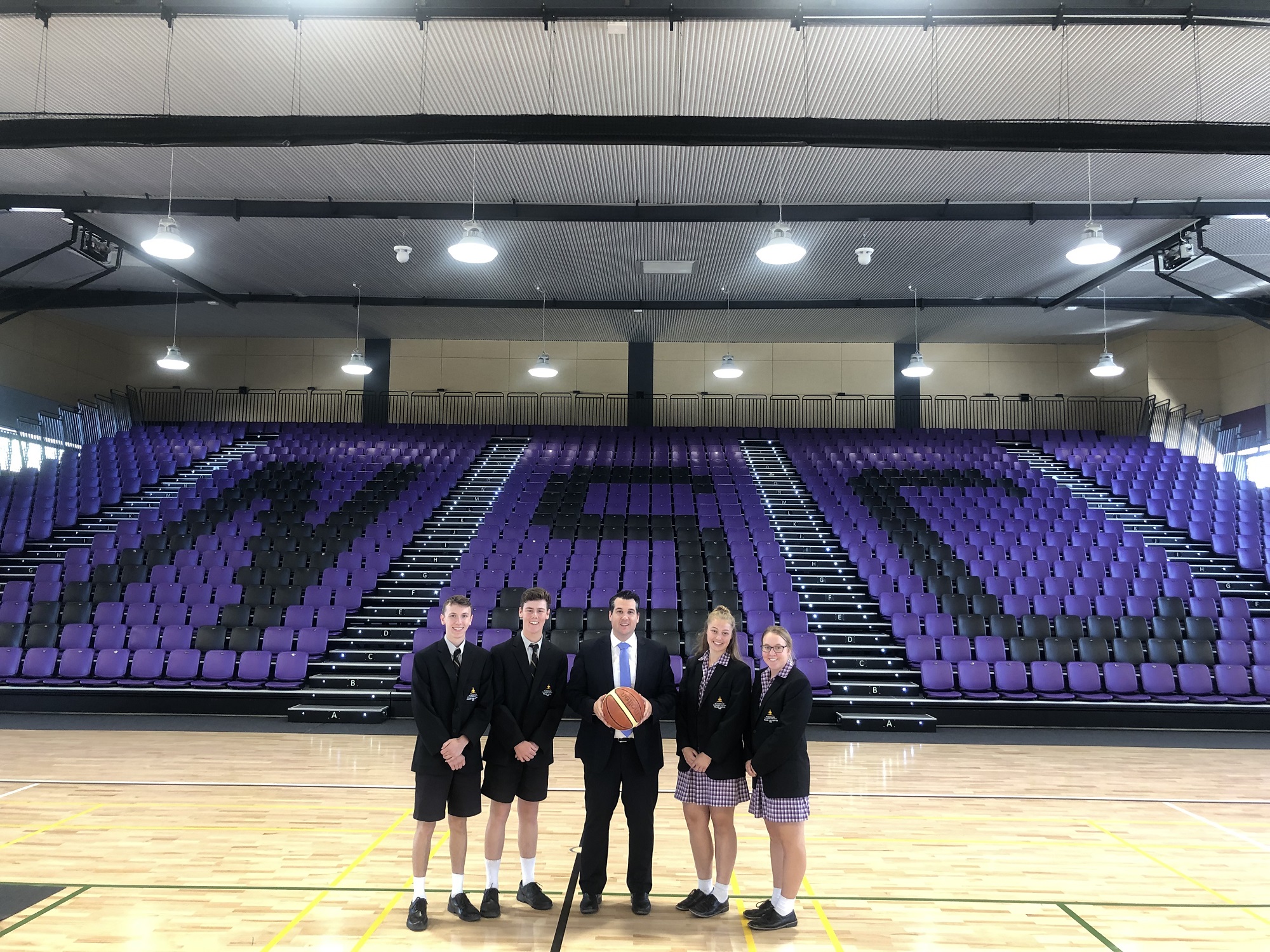 Students of Norwood Secondary College and residents of Melbourne’s eastern suburbs now have the perfect home for sporting events thanks to the recent opening of a new basketball stadium at the school.

Federal Member for Deakin Michael Sukkar, who attended the opening, said the new purpose-built sports stadium will be a great addition to Norwood Secondary College and to the local community.

“Complete with two basketball courts, a foyer, kiosk and café, the stadium is equipped to host a range of sporting and school events,” Mr Sukkar said.

“The broader community will also be able to enjoy this great venue, as it is available for hire seven days a week outside of school hours.

Norwood Secondary College Principal Andrew Sloane said that with over 1,000 seats, the facility would allow students of all year levels to meet together for the first time.

“For the first time, we have a space that will allow us to hold full school assemblies as well as celebrations of significant events and achievements”, Mr Sloane said.

“With a facility capable of hosting basketball, netball and other sporting activities, Norwood students will now have a range of reasons to jump on the court and get fit and healthy.”