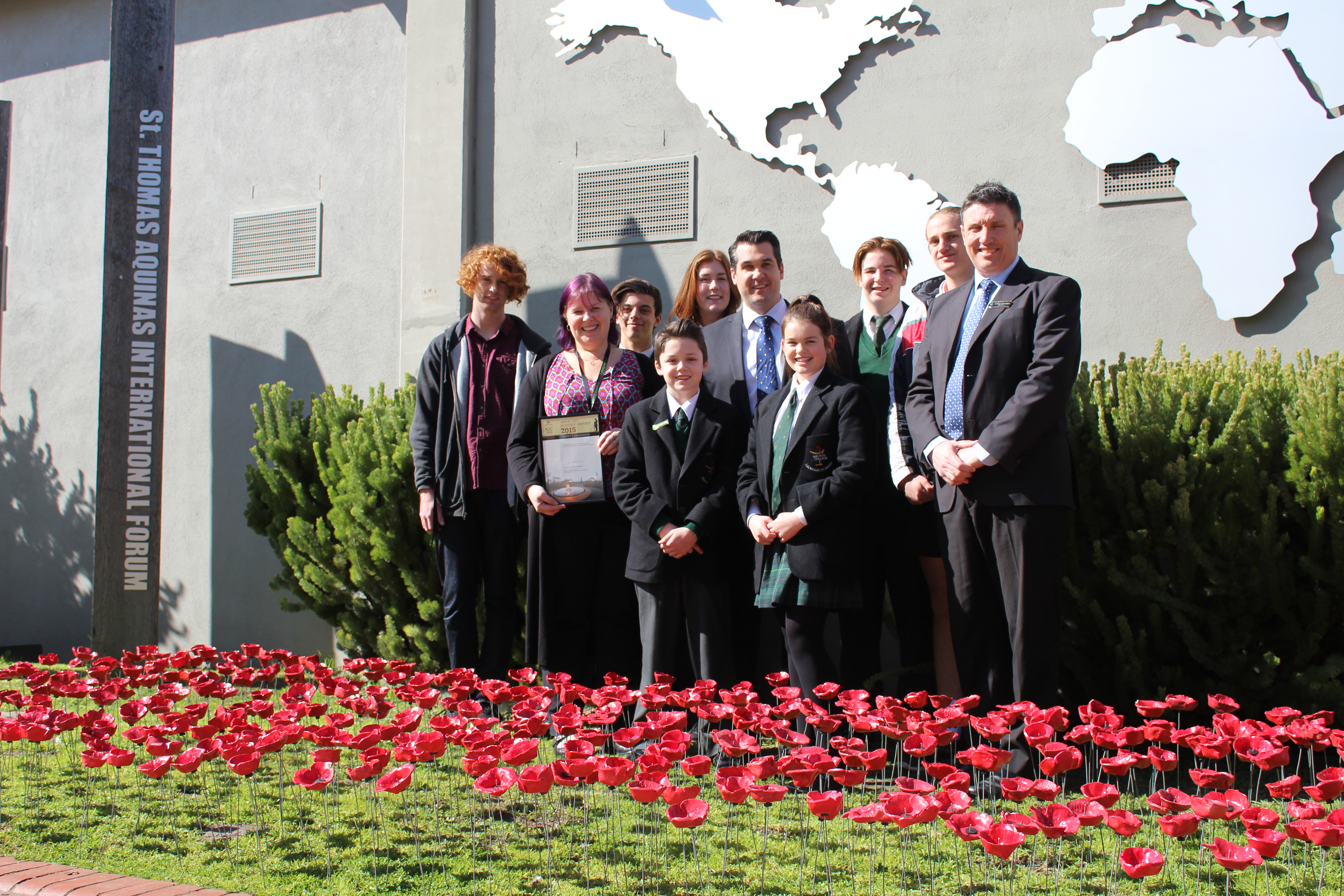 “I congratulate Aquinas College on being awarded the Anzac Day Schools’ Award. It is an important honour and the school and students should be very proud,” Michael said.

“The Centenary of Anzac is our nation’s most important period of commemoration and educating our next generation about the service and sacrifice of all of our servicemen and servicewomen is a crucial component of carrying the Anzac legacy into the future.

Michael said Aquinas College received the Anzac Day Schools’ Award for the 2,000 ceramic poppies staff and students made to commemorate the sacrifice and service of all Australian defence personnel.

“I congratulate the school, the teachers and the students on ensuring that the contribution of all those who have served our nation will never be forgotten. It is through education that the Anzac story is understood,” Michael said.

The Anzac Day Schools’ Awards encourage the study of Australia’s wartime history in schools through learning activities and the commemoration of Australian servicemen and women on Anzac Day.

Thirty-eight schools shared in a total of around $48,000 in prize money, which is funded by the Department of Veterans’ Affairs through its Commemorations Program.