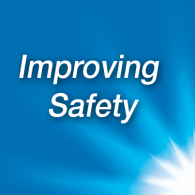 Coalition provides a boost for better lighting in Nunawading

Michael Sukkar, Liberal Candidate for Deakin, today announced a Coalition Government would provide $200,000 in funding for security lighting in Nunawading as he continued his campaign to improve community safety in Deakin.

“If elected, a Coalition Government would provide $200,000 to install security lighting in Nunawading to help police to combat anti-social behaviour and crime.

“I have listened to these concerns and worked closely with Whitehorse Council to identify the best way to reduce anti-social behaviour and crime in the area,” Mr Sukkar said.

“There is a clear need for security lighting in the laneways between Station Street, Wood Street and Market Street as part of Whitehorse Council’s plans to revitalise the shopping strip.

“I am delighted to be able to provide this funding boost to support local residents, traders and police in their efforts to make Nunawading an even safer place to live and work.”

“Community safety is a priority for me and I will continue to fight for Deakin to get its fair share of funding for safety initiatives,” Mr Sukkar said.