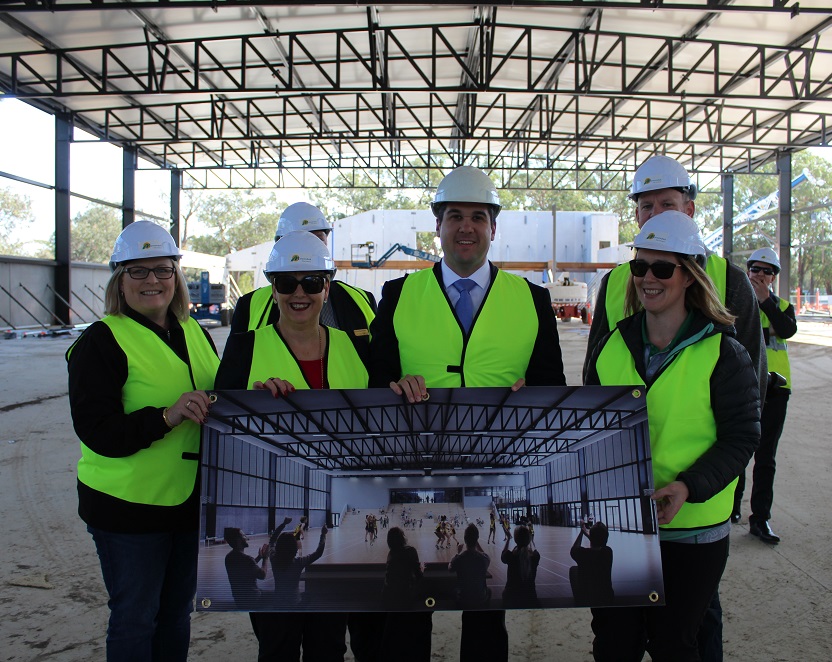 Michael Sukkar, Federal Member for Deakin, toured the construction site for the state-of-the-art Multi-sports and Netball Complex at H.E. Parker Reserve in Heathmont this afternoon.

$10.5 million was secured from the Federal Government to build the new complex, which is set to become one of the premier sporting complexes in the Eastern Suburbs.

Mr Sukkar said works are on track for the project to be completed around mid-2019.

“The main indoor stadium roof and the basic structural frame is complete and the concrete slab for the outdoor area has been poured,” Mr Sukkar said.

“A large number of sports will be catered for in the new facilities, including netball, volleyball, badminton and table tennis.

“The complex will house four indoor courts with seating for 610 people.

“An environmentally sustainable design is being used, which includes the installation of LED lighting solutions, energy efficient heating and cooling, rainwater tanks and efficient taps to facilitate resourceful water usage.

“The complex will continue to be the home of the Melbourne East Netball Association (MENA) and Ariels, and will be used throughout the year by the Croydon & Districts Volleyball Association, local schools and various community and disability groups.

Cr Kylie Spears, President of Melbourne East Netball Association (MENA) said, “all of us at MENA are extremely pleased with how the build is progressing and we can’t thank Michael enough for working to secure the funding that has got this project off the ground”.