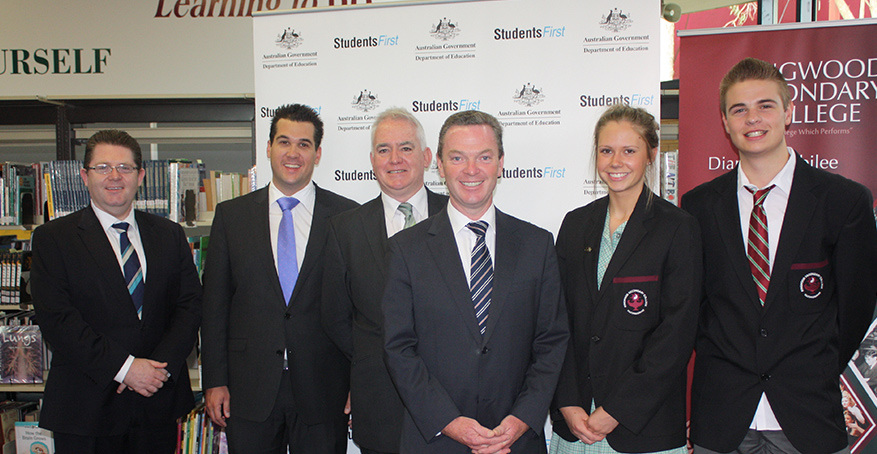 Government schools in Deakin will enjoy the freedom of having a bigger say on how they operate as a direct result of the Australian Government’s $70 million Independent Public Schools (IPS) initiative.

“This is great news for the students and schools in our community,” Mr Sukkar said.

“No one is better placed to make decisions about how a school should be run than the principal, teachers and parents at that school.”

Between 2014 and 2017, government schools in the Deakin area will share in $15.89 million under the IPS initiative to deliver training, resources and support.

Over the next 12 months, up to 250 Victorian government schools will benefit from comprehensive programmes in key areas such as principal leadership development and training, capacity building for school councils, administrative support for principals, and funding to assist with federated governance models.

“Victoria has a strong history in granting their public schools the freedom to make local decisions for the benefit of their students and local communities,” Mr Pyne said.