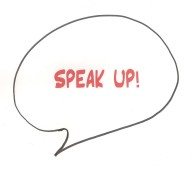 Deakin Youth To Have Their Say On Federal Issues

DEAKIN YOUTH TO HAVE THEIR SAY ON FEDERAL ISSUES

Liberal Candidate for Deakin, Michael Sukkar, is calling on young people in the area to speak up on the issues that matter to them ahead of this year’s federal election.

With National Youth Week running until Sunday, Mr Sukkar said it was critically important that the voices of younger people were heard in the debate on the future of Australia.

“I have met countless young people and I never cease to be impressed by their commitment to the community as well as their contributions and ideas for improving the opportunities for those who call Deakin home,” Mr Sukkar said.

“During this week-long celebration, I wish to formally recognise and thank the young people living in Deakin who make our community so strong.”

Mr Sukkar encouraged younger residents to get in touch with him in the lead-up to the election to discuss the issues they are interested in.

“Too often the contribution of younger generations can be overlooked in the debate about how to improve our nation, even though it is their future we are helping to shape,” he said.

“That is why it is so vital for young people, many of whom will be voting for the first time in September, to speak up on the issues that really matter to them.”

Mr Sukkar will attend a pool party hosted by Maroondah Youth Services this Thursday afternoon with the Deputy Leader of the Opposition, The Hon. Julie Bishop, and Liberal Senator for Victoria, Senator Helen Kroger.

The group will chat with the party participants at the Croydon Leisure and Aquatic Centre before taking part in a National Youth Week roundtable, where young people will be invited to raise issues and ask questions.

“I am really looking forward to hearing what this group of young people have to say and it will be a great opportunity for them to discuss their issues and ideas directly with the Deputy Leader of the Opposition, Julie Bishop,” Mr Sukkar said.

The theme of Youth Week 2013 is Be Active. Be Happy. Be You. National Youth Week runs
until Sunday.