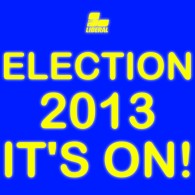 Michael Sukkar, Liberal Candidate for Deakin said the election is a clear choice between more of the same from Labor and real change from the Coalition.

“The choice between the major parties could not be clearer”, said Mr Sukkar.

“At this election, the Coalition offers strong, experienced and stable government, a stronger economy, stronger borders, a stronger Australia and a better future – for all Australians.

“Only the Coalition can form the strong, stable government to deliver a stronger economy with more jobs, real help for families and small business, lower taxes and secure borders.

“We are getting a positive response in Deakin and throughout Australia – people want a government that can deliver more jobs and a stronger economy.

Mr Sukkar said the Real Solutions Plan lays down 10 clear actions that we will take which will make our country stronger and families more secure:

Mr Sukkar said he will be campaigning every day between now and the election on the positive choice offered by the Coalition at this election.

“It is only by voting for the Coalition that our community can get a strong voice in a better government.”