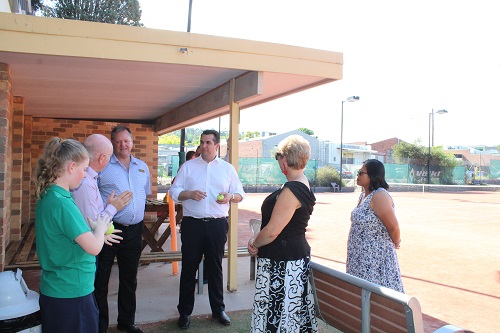 In 2014 Maroondah City Council converted the 4 back tennis courts from entoucas to synthetic. Since then the Junior program run at the club has tripled.

Due to the proximity of the clubhouse Croydon Tennis Club, a new parent spectator area will be built to service the back four courts, including the provision of shade/shelter.

Michael Sukkar said this will provide parents a better opportunity to be involved in their child’s sport.

“Parents can now be more involved in their child’s sport, by having an area close to their court where they can see their children compete.

A shelter will mean that, particularly during those hot summer months, that parents can be more invested in the game.”