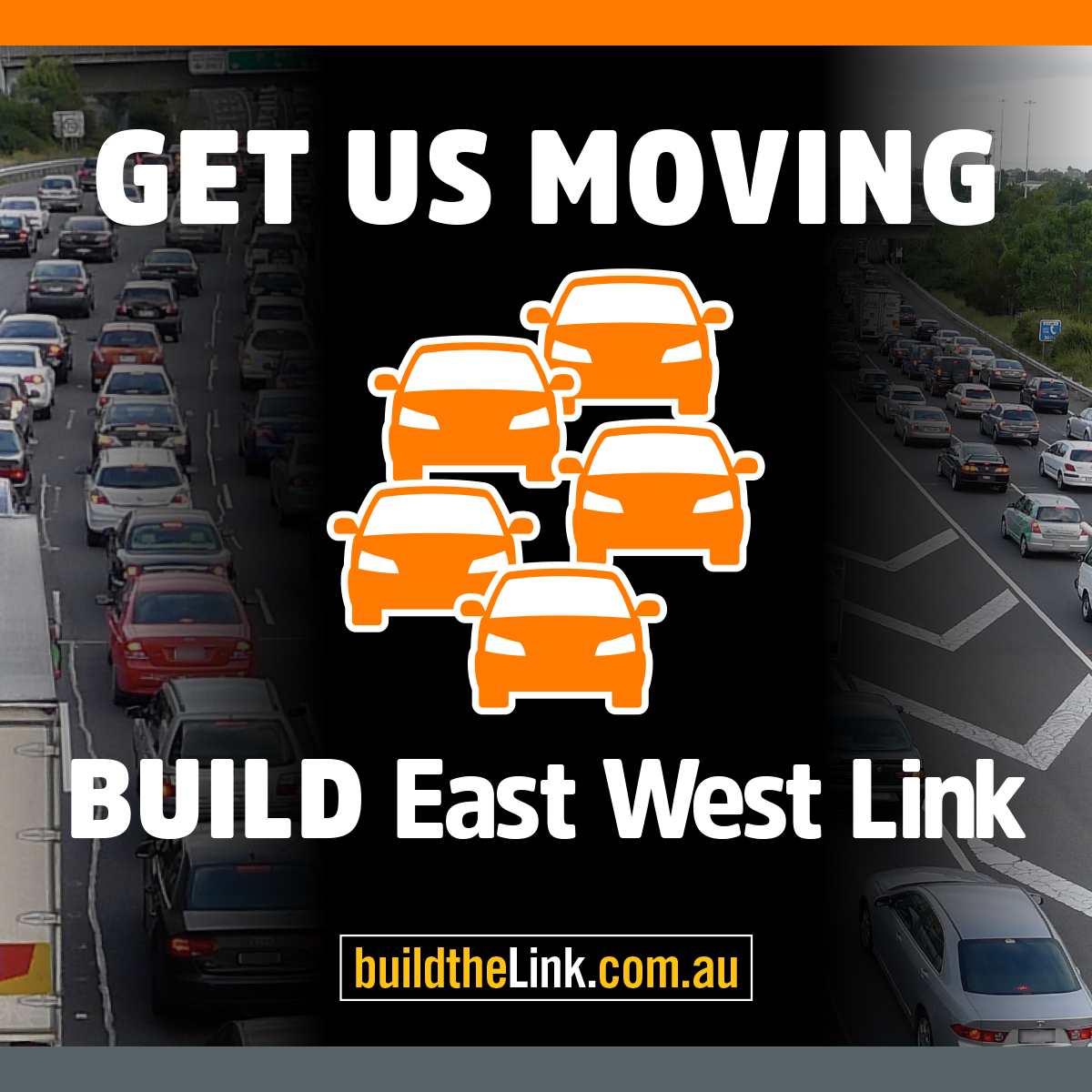 I welcome the continued commitment of Matthew Guy and the Victorian Opposition to deliver the East West Link if a Liberal Government is elected at the 2018 state election.

This commitment is in stark contrast to the actions of Daniel Andrews and the State Labor Government who ripped up the contracts for the project, costing taxpayers $1.2 billion not to build the road.

It’s clear the East West Link is needed now more than ever.

While the North East Link is rightly considered a priority project, it will funnel an extra 100,000 vehicles onto the Eastern Freeway each day.

In fact, Labor’s own hand-picked advisers at Infrastructure Victoria have stressed that the East West Link should commence as soon as possible to avoid long-term flow on effects to Melbourne’s road network.

At the same time we are seeing traffic congestion across Melbourne get worse and worse. In fact it has been suggested if the East West Link is not built, the cost of delays along the east west corridor will increase from $73 million in 2011 to $144 million in 2031.

A recent study by the Grattan Institute also found Melbourne’s traffic congestion is now worse than Sydney’s, with the Eastern Freeway rated the worst choke point. An RACV study of 18,000 drivers published last year also found the eastern end of the proposed East West Link was overwhelmingly the number one trouble spot for motorists across the state.

This is on top of continuing calls from experts to build the East West Link, including the project’s original proponent, Sir Rod Eddington, who just last month expressed his disappointment at the State Labor Government’s scrapping of the project.

The Federal Government remains committed to supporting the construction of the East West Link, with $3 billion still on the table for the project.

I call on Daniel Andrews and Labor to follow Matthew Guy’s lead and get on with the job of building this much-needed missing link.