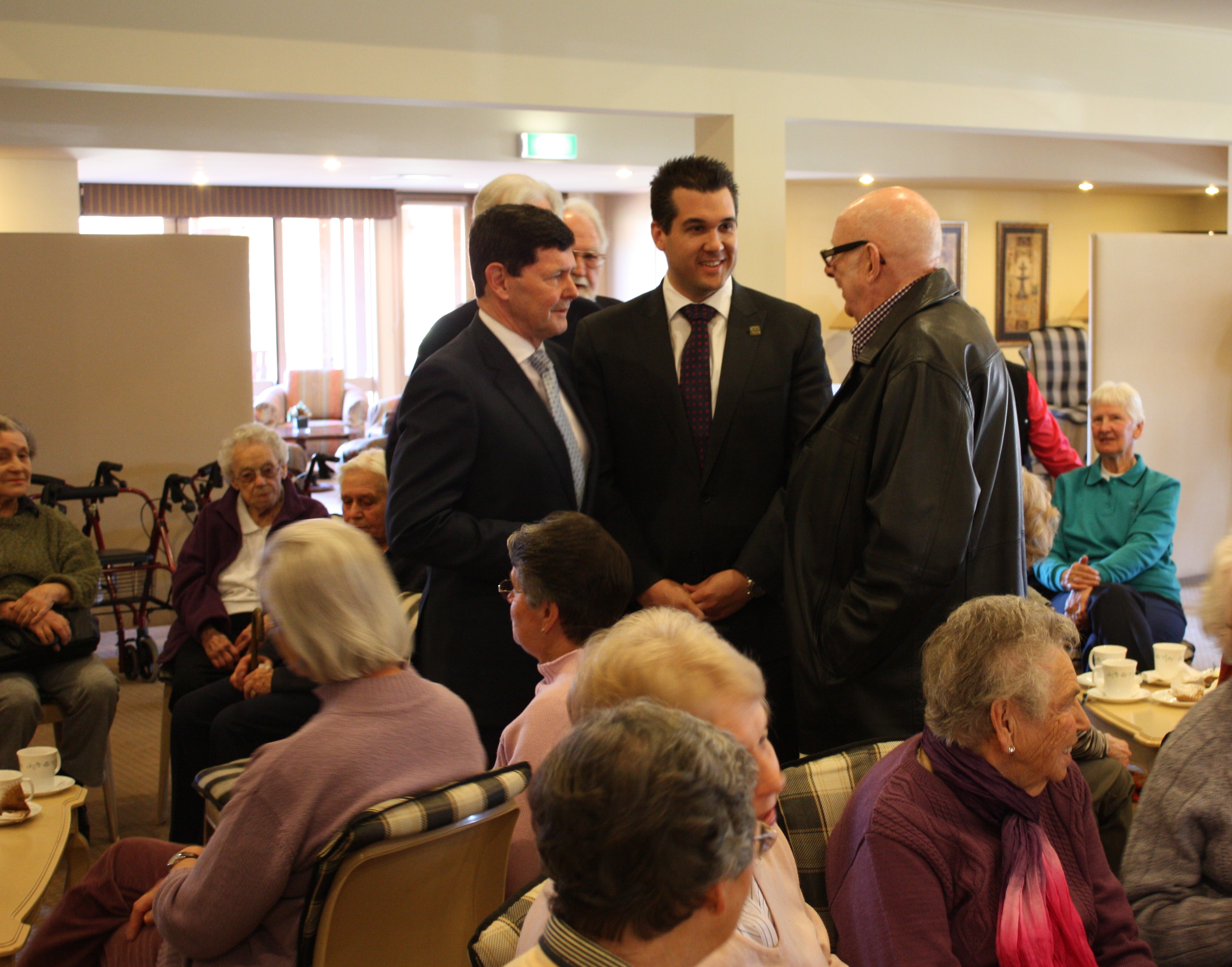 Minister Andrews joined Michael Sukkar, Federal Member for Deakin, to announce that more than 3.7 million pensioners will receive an increase to their payments this month.

The increase is the second rise in the pension this year, and puts paid to Labor’s misleading campaign relating to pensions.

Pensions will continue to rise in March and September every year under the Coalition Government.

Following the announcement, Michael and the Minister joined about 100 residents for morning tea.

Full details of all rates and thresholds indexed on 20 September can be found at http://www.dss.gov.au/about-the-department/benefits-payments/indexation-rates-september-2014