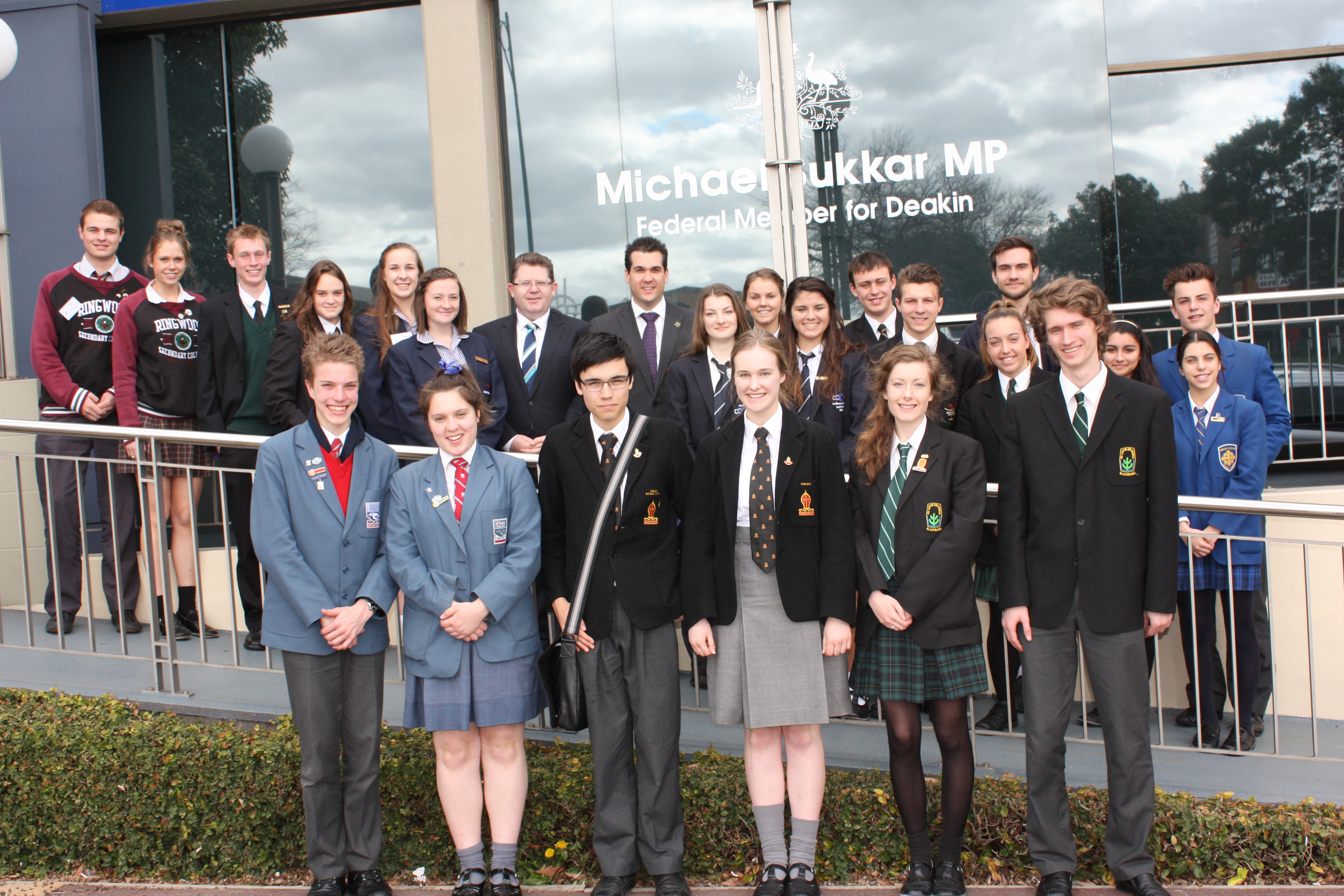 Michael held three luncheons in his office during the year, providing local students with an opportunity to have their say about the issues that matter to them and to ask questions of Michael as well as other Government representatives.

Michael said he was impressed by the high calibre of the contributions made by the students.

“It was very rewarding and useful for me to hear from the students about the issues that they care deeply about,” he said.

“I think the students also benefited from being able to ask questions and hear directly about the Coalition Government’s policies from those involved in shaping them.”

Parliamentary Secretary to the Minister for Education, Senator the Hon Scott Ryan, today joined Michael for the year’s final luncheon.

Michael and Senator Ryan spent more than hour talking to the Year 11 and 12 students about a range of topics.

Michael said he looked forward to hosting the next series of Student Leadership Roundtable Luncheons in 2015.