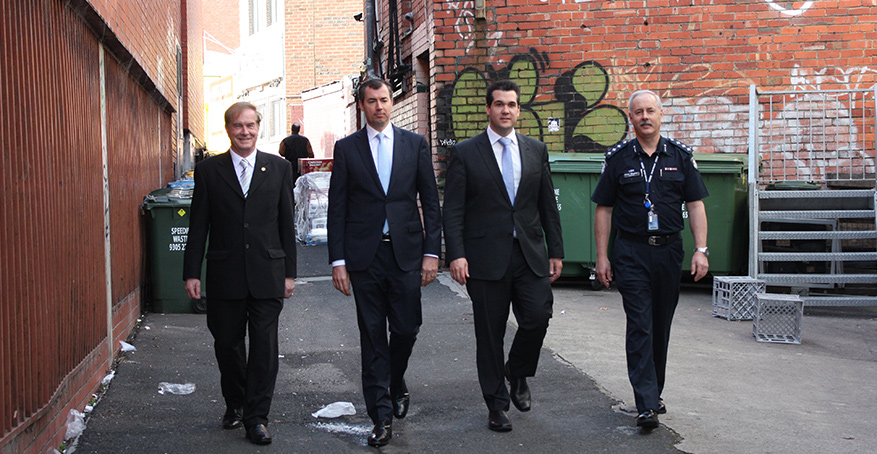 Minister for Justice, Michael Keenan, and Federal Member for Deakin, Michael Sukkar, today announced that grant applications for Round 2 of the Coalition Government’s Safer Streets Programme opened on 17 December 2015.

Round 2 of the Safer Streets Programme will invest up to $29.4 million in individual grants for local government organisations and eligible incorporated not-for-profit organisations, community groups, and chambers of commerce to implement community safety and crime prevention initiatives across Australia.

Mr Sukkar said investment in security infrastructure at local crime hotspots would reduce fear of crime and contribute to greater community safety and resilience across Deakin.

Since the beginning of the Safer Streets Programme almost $700,000 has been provided to local community safety projects in the Deakin electorate like closed circuit television cameras for Ringwood and Ringwood East, safety lighting around Nunawading train station and shops, and a graffiti removal truck for Whitehorse City Council.

“I encourage potential applicants to contact my office to discuss their projects’ eligibility and to receive all submission details,” Michael said.

Mr Keenan said local Members play a key role in working with their community to boost community safety and identifying where there is a need for increased security infrastructure.

“Our Government firmly believes that all Australians have the right to feel safe and secure, and the Safer Streets Programme is one way we can achieve that,” Mr Keenan said.

“More than $19million in funding has already been awarded under Round 1 of the Programme for projects across 150 locations to deliver security enhancements such as better lighting and CCTV in retail, entertainment and commercial precincts.

“Importantly, the Safer Streets Programme uses proceeds of crime – confiscated from criminals – to fund these local crime prevention projects. This means that the crimes of yesterday can help prevent the crimes of tomorrow.”

Further information on the Safer Streets Programme is available at www.ag.gov.au. To apply, please visit https://www.ag.gov.au/CrimeAndCorruption/CrimePrevention/Pages/ProceedsofCrimeAct.aspx